Get fresh music recommendations delivered to your inbox every Friday.
We've updated our Terms of Use. You can review the changes here.

Many Sides of Music - The Ambient Way 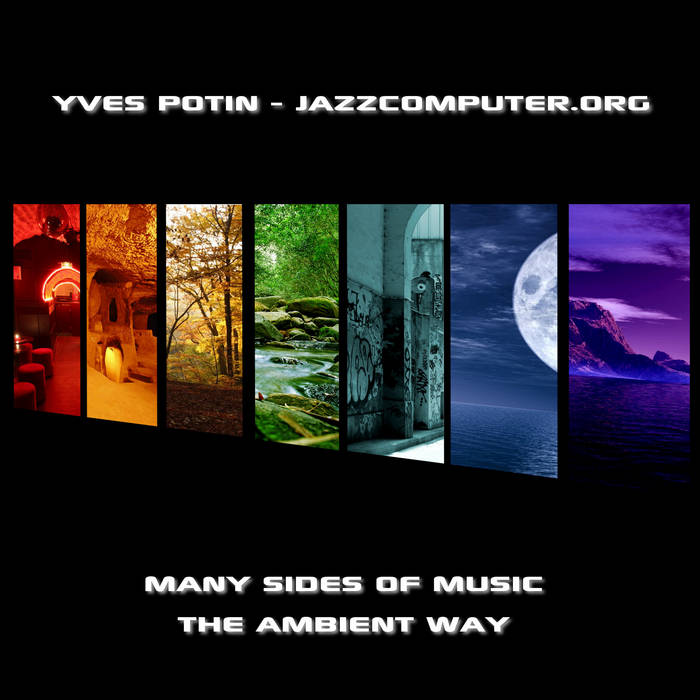 This is the second CD of a double album, For "The Jazzy Way", first CD, go here : jazzcomputer.bandcamp.com/album/many-sides-of-music-the-jazzy-way

2014 has seen the project Jazzcomputer.org, the musical alias for French multi- instrumentalist Yves Potin, release a two-set album collection called `Many Sides of Music', the first volume subtitled `The Jazzy Way' which focuses on shorter and more concise jazz influenced tracks, the second, and this release, `The Ambient Way', offering five long-form extended instrumental electronic pieces instead. It is in this style where Yves really gets to shine, applying a variety of different instrument solos over drifting and slowly evolving soundscapes and he has spent almost a decade in this style slowly honing his skills. Potin usually makes gentle ambient/electronic that is perfect for newcomers to the genre, with a constant warmth not often associated with the style. But this time around he's added a big dose of deep spacerock, with several sections actually comparable to the early Delirium Records era of Porcupine Tree, especially their albums from the period that covered `Up The Downstairs' through to their 40 min `Moonloop' EP. Perhaps the disc should have been titled `The Ambient Spaceway'?!

`The Gravity Well' returns for a third segment, a hypnotizing collage of machine hum, alien chirping, mechanical pulses, unobtrusive beats pattering the backdrop and unravelling crystalline synths like waterdrops in a cave. I do find Yves' trademark fanciful synth runs are a little unnecessary here and distract a little from the darker moods the piece builds, but it does admittedly give it an almost cinematic flair. Album closer `Soavre' is one of the absolute highlights, subdued lonely and wounded guitar cries plead from the dark, seeking solace and rescue from the initially glacial keyboards that slowly turn delicate and shimmering, a coming solace from stresses and difficulties, slowly bringing change. Yves' electric guitar sounds so soulful here, and, as always, he takes a form of music that can easily be cold and heartless and makes it deeply human, compassionate and emotional.

`Many Sides of Music - The Ambient Way' is a fascinating release from Mr Potin, a lovely varied instrumental journey of both inner and outer space music. Frequently his albums stay firmly rooted in ancient world mystery, but this ones shows the artist taking flight and getting lost in the furthest reaches of space more than ever before. He finds a perfect balance for all these elements, and Spacerock lovers who don't mind a laid-back, slowly unfolding and ambient variation of the style should appreciate this. It hints at all sorts of directions the artist may like to head in the future, and as always for a Jazzcomputer.org release, it has a quiet contemplative spirit woven throughout the music, that I'm sure is very much a reflection of the artist himself.

Bandcamp Daily  your guide to the world of Bandcamp

Alex Rita and Errol from Touching Bass feature in our special London edition of the Bandcamp Weekly.