Get fresh music recommendations delivered to your inbox every Friday.
We've updated our Terms of Use. You can review the changes here.

Many Sides of Music - The Jazzy Way 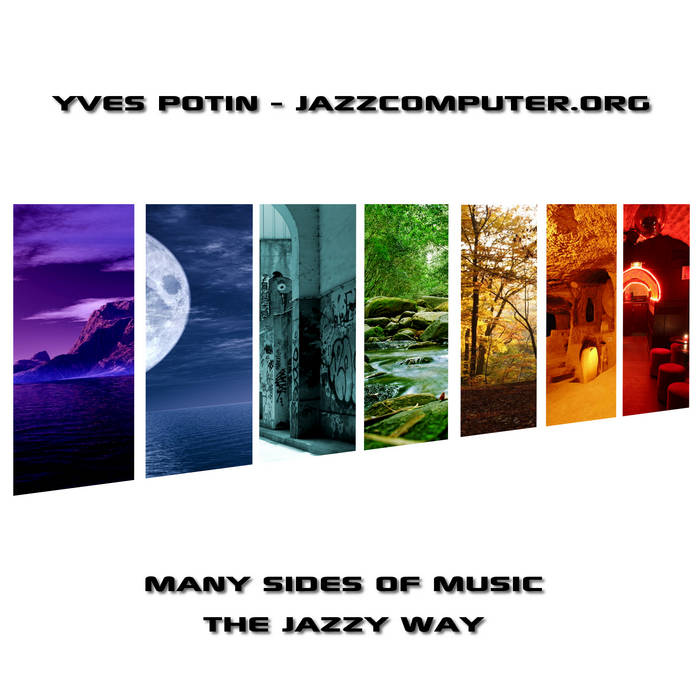 This is the first CD of a double album. For the second CD, The Ambient Way, go there : jazzcomputer.bandcamp.com/album/many-sides-of-music-the-ambient-way


2014 has seen a burst of inspiration from Yves Potin, a thoughtful and intelligent progressive artist who records under the pseudonym Jazzcomputer.org and releases ambient/electronic/world music that, while sedate and laid-back, never resorts to simple and bland New-Age clichés. His albums are always full of variety and colour, offering a distinctly proggy take on electronic/ambient music with frequent soloing on a wide range of instruments. The first of a two-album set, `Many Sides of Music - The Jazzy Way' unsurprisingly sees the artist giving more prominence to the jazz elements that have always drifted around his work, and this allows the composer to make his music a little more boisterous and up-tempo than before, while still retaining all the quiet and reflective atmospheres usually associated with it.

The perfectly titled `Warp' opens the disc, and the piece truly warps around a dizzying selection of aural colours. Gentle murmuring bass holds back behind raindrop-like pattering little beats, rambunctious acoustic guitar dripping over tense `On The Run'/Dark Side of the Moon chasing loops, and even a breakneck E.L.P-flavoured synth run in the middle! It's the sound of modern electronic coolness trying to find balance with the ancient mysterious world, with a shimmering dream-like quality throughout. Clipping beats skip over subtle synths and whimsical Moog runs on `No Joe', with wild electric guitars and heavy live drums bringing some fusion fire, quite a lustful tension to the piece. Rising and falling pulsing electronic oscillations in a Klaus Schulze-like manner over reggae flavours and tip-toeing electric piano with just a slight hint of unease in the final minute of `Sherkaner', while the infectious and up- tempo `Ivanova' has nimble delayed Steve Hillage-styled guitarwork over soft dancey programmed beats. Both of these pieces would possibly even make for a nice chilled-out track on any of the later Ozric Tentacles albums.

Despite a misleading darker opening, `The Gravity Well - Part 1' (the first of three parts, the remaining two to come on the companion album `The Ambient Way') gradually unwinds with soothing comfort, laid-back driving percussion and warm synth noodling that softly spirals away at every opportunity. `Terrace of Clouds' is the longest piece at over 8 minutes, light and dark dueling back and forth throughout. There's an almost hostile alien menace to the slowly uncurling shimmering synths, sustained strangled guitar slices that cut through and a suffocating murky bass bubbling under, but thankfully some dreamy and almost romantic reassuring diversions are offered and reprised throughout. A vibraphone-like synth setting even reminds of the later 70's Pierre Moerlin Gong period. The final two tracks bring quite a funkiness to the album, plenty of upbeat vibes and cruising relaxation to wind down on. `Three to Beam Up' has slinky fusion guitar chiming, punchy bass and bombastic symphonic synth bursts, while up-tempo closer `Transponder 1037' is positive and full of life, hypnotic electronic loops and joyful synth soloing, but it's a shame about the sudden abrupt ending!

`Many Sides of Music: The Jazzy Way is a lighter take on ambient/electronic that may be perfect for newcomers to the genre, who will find the variety and sense of movement the perfect way to ease into the style. With mostly shorter concise pieces, frequent soloing and instrument variety, it doesn't have that potentially uneventful subtlety that more difficult and seasoned electronic works have, exactly why I feel it would be a great introduction. For those familiar with the artist, it's a welcome and refreshing side to Yves, and fans of the mellow side of ambient/electronic/space music by artists like Andreas Vollenweider and the Ozrics will really enjoy this pleasing 50 minute set. I feel everyone should take a break from more heavy-going progressive music and unwind to something a little more relaxed once in a while, and this makes for a lovely undemanding listen. Those who prefer longer, thought-provoking compositions should perhaps first look towards `The Ambient Way' companion disc first, however. But they both only cost a few dollars, so why not take a chance?

Bandcamp Daily  your guide to the world of Bandcamp

Alex Rita and Errol from Touching Bass feature in our special London edition of the Bandcamp Weekly.